eCommerce in Romania is prospering minute by minute. Here's why many DTC Brands chose this country as their next market for growth and why you, as a business owner, should keep a close watch on the country's evolving scenario.

Leader of the Est with a very bright future

When it comes to eCommerce, Romania is the undisputed leader of eastern Europe. According to a study conducted by Ecommerce Europe and EuroCommerce, the national online purchases in 2021 accounted for almost half of online sales in Eastern Europe. eCommerce in Romania continues with its impressive growth and gains importance within the economic scenario.

According to ARMO (Association of Romanian Online Stores), GPeC and other industry players’ estimates, the aforementioned growth can be quantified in 6.8 billion turnover for 2021, up 10% from 2020 when the value of e-commerce was estimated at 5.6 billion euro and according to predictions it will reach 7 billion by the end of 2022 with a 13% increase (notice that the estimates only regard tangible goods and not services nor digital products).

However, total sales made in Eastern Europe are estimated at 14 billion euros and this explains why Romania is at a leading position. There is no question whether the lockdowns had the effect of anchoring eCommerce in the Romanian economy and society. It also explains why the country is attracting investments while merchants and DTC companies and Brand owners – both local and international – that wish to expand to new countries choose Romania to start conquering Eastern Europe.

The interest is vivid and every minute that goes by the country gains more attention, the trend is directed upwards so the coming years promise to be very interesting.

At the same time, is is important to consider that this is a consolidation phase so jumps like the 30% growth that the country experienced from 2019 to 2020 is not feasible. Moreover, it is to consider that the very good numbers could have been even better during the last two years if we take into account the impact of stock shortages and supply chain disruptions that took place in 2021.

The story isn’t over as energy crisis, the effects of the war in Ukraine as well as inflation will not spare the country and the impact is soon to see. A study conducted by The Economist has already shown that a 10% increase in the price of energy translates into a decrease of 4.7 % of the durable goods market.

In any case, this is undoubtably the country that is seeing the most spectacular growth in eCommerce, 38% of the population aged 16-74 has made at least one online purchase during 2021. 23% more than 2019 so this testifies the immense potential.

However, even if Romania is most definitely the first in its eastern European class, a comparison with the rest of the continent gives the idea of where, on the road to a fully developed eCommerce system, the country actually is.

If considering that 66% of European population aged 16-74 years shopped online in 2021, Romania falls at last places (followed only by Bulgaria with 42% of online shoppers out of total internet users). To give an idea, the top countries of the ranking are:

Who is the Romanian consumer?

The Romanian consumer is aware of what buying online means, the risks the advantages, the opportunities. Knows how to seek out for the best opportunities and what to be careful at the time of purchase. With this said, we can notice that as for all eastern European e-buyers, the first characteristic that stands out is related to the research.

There is in fact a phase that preludes hitting the buy button where the buyer makes research about the product. The price, the features, delivery method are the most critic details. Also, before placing an order, 53% of customers investigate the store (and the seller when possible) looking for reviews.

Just like for other eastern European countries that we analysed in our previous articles, comparison websites are used to verify prices and to find better offers.

Also, the Romanian consumer doesn’t get blinded by the impulse of making a purchase: they will still double check the provenience of the item in order to understand shipping times and most of all the presence of custom duties to be paid or if any additional fees shall appear during checkout. Also, in terms of online consumer fraud risks and cybercrimes, the Romanian user carries less trust issues and is more aware of the risks therefore will put in place best practices like being suspicious of offers that are too good to be true, being cautions when giving bank details (all the way to using directly cash on delivery) and not being afraid of claiming their right of withdrawal.

Monday, Tuesday and Wednesday are the days of the week where most purchases take place, on the contrary Saturday is the day where the smallest number of conversions are completed.

Moreover, the Romanian consumer tends to make higher value purchases from desktop for all product categories, but buys significantly more often from mobile.

In general, we can say that if there is a discrete amount of product research involved or the price is higher or there is the need to compare more products, the transaction will take place from desktop. Impulse shopping instead takes more place on mobile phones.

Staying within this comparison between mobile and desktop traffic, it is also interesting to notice how on desktop, most sales are made between 11:00 AM and 3:00 PM, and on mobile between 8:00 PM and 10:00 PM.

The three product categories that registered significant increases in 2021 are:
Fashion +26%, books movies and music +25%, beauty +11%

A market research conducted in 2021 by iSense Solutions for GPeC lists and orders the criteria by which Romanian consumers chose the online store they will buy from:

It wasn’t until 2011 that Black Friday took off in Romania thanks to a strong promotion campaign from popular retailers. In 2012 the reputation of the sales event was consolidated to the point that in December that year, at least 70% of Romanians were informed about what Black Friday was. Through years Black Friday became part of the ecommerce culture to the point that the name “Black Friday” was translated into “Vinerea Neagra”. Eventually the English name prevailed (promotions sound differently with the English version and converts more).

Romanians are surely waiting for the sales event that will kick off holiday sales season. Even so, the event is being stretched – following the trend present in other countries – and is becoming a black period more than two days. The reason isn’t only the necessity to maximise sales, but also to meet the needs of the population. In fact in Romania, most salaries are received at the beginning of the month while BFCM is at the end of the month.

However, the expectations are big and the traction is indisputable. In Romania the success of such festivity doesn’t rely – only – on discounts, opportunities and deals like in the west. It’s not even a matter of cyber security and avoiding frauds like in other was European countries.
It’s all a matter of avoiding websites to crush under the weight of online black Friday shoppers.

In fact, during Black Friday 2021, many of the big websites suffered from major outages or were slowed down to the point that they were impossible to navigate. So many hours of downtime led up to thousands of Leu in losses. Those who have learnt the lesson and have invested and prepared in advance a solid infrastructure that can support high volumes of traffic will be the real winners of Romanian Black Friday 2022.

Just as in other eastern countries – especially in Bulgaria – the phenomenon of fake discounts is real and ongoing. By “fake discounts” we indicate that practice in which sellers raise the price right after a sales event and then decrease it.

The buyer will then discover through further research that they haven’t saved any money and that they have been deceived. For this reasons many retailers – on and off internet – in order to dispel any doubts, spontaneously show graphs with the product prices in the last 30 days. This way they can prove that their discounts, which might not be massive, are at least real.

The growth of sales volumes determined a 12% increment in eCommerce deliveries in 2021. As DTC eCommerce continues to gain popularity, the customer raises its expectations also in terms of fast and environmentally friendly deliveries.

eCommerce in Romania has in common with eCommerce in the other eastern European countries the local payment culture which is mainly based on cash payments. It is well known by all local e-retailers that Romanians prefer to pay Cash On Delivery, in other words, once the package has arrived.

The fear of bank frauds or online scams are an actual concern for the Romanian consumer and, in order to avoid unpleasant happenings, all major websites eConsumer-oriented give the advice to pay by cash upon receipt.

TIP: there is a strategic reason why retailers should make available Cash On Delivery payments especially in Q4. Customers in fact prefer to purchase with cash on delivery because placing an order becomes a faster process and there are more chances to be actually able to take advantage of good discounts that generally apply to a limited amount of products. Every second counts in those moments.

Also, it has happened that due to slow website updates, the same product was assigned to more than one customer, therefore paying directly to the courier makes it more safe for customers and easier for the seller.

A normative recently introduced states that all courier companies will have to report to ANAF (National Agency of Fiscal Administration) data about all their COD deliveries (data like name and surname, address and value of goods), the purpose as ANAF states in a press release, is to contrast tax evasion from online commerce.

If you want to embrace ecommerce in Romania now is the time. Borderl3ss can deliver your products to any destination in Romania – as well as in other European countries – and allow you to enter a market that, without any doubts, holds the most interesting future and growth perspectives in Europe. Learn more about how Borderl3ss will allow you to offer Cash on Delivery or prepaid checkouts HERE. 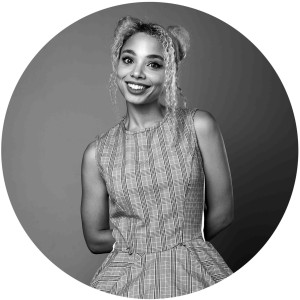 Q4 2022: the sales and fulfillment checklist for your eCommerce

leverage the power of borderl3ss TO GROW YOUR BUSINESS

What best describes you?